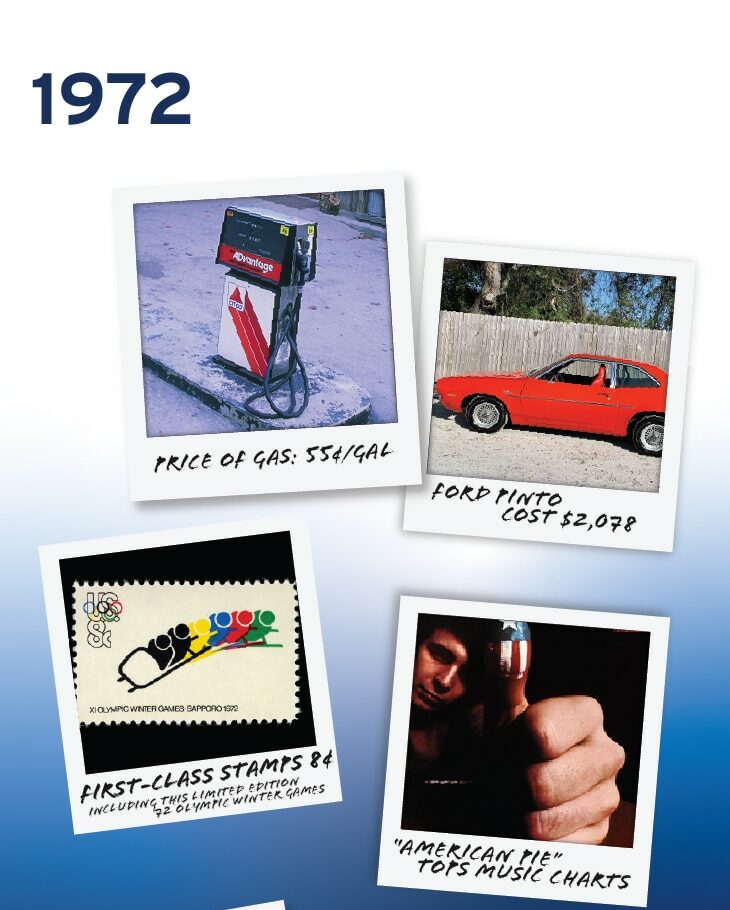 In early 1972, the world was looking forward to the 11th Winter Olympics in Japan. Richard Nixon was preparing to run for his second term as President of the United States, the Watergate scandal yet to unfold. At the time, a first-class stamp was only $0.08, a gallon of gas was $0.55, and Don McLean was topping the charts with “American Pie.” But in the Nantahala Gorge, a change was coming, and a property was purchased that would eventually impact millions of visitors that would navigate the waters.

In the spring of 1972, Horace Holden Sr. from Georgia purchased the Tote ‘N’ Tarry, a complex containing a 14-unit motel, a small restaurant, a gas station, and a souvenir shop. As a current owner of the Chattahoochee camp in Roswell, Georgia, Horace had a passion and a vision to “give children the opportunity to learn and grow in an outdoor setting.” Once the purchase was underway, Horace recruited Payson and Aurelia Kennedy to co-found and manage the operation on the Nantahala River. The three began preparing to operate a recreational facility named Nantahala Outdoor Center. The new facility would serve the public and groups from Horace’s camp.

In addition to purchasing four 12-foot rafts, the crew created the first NOC brochure. The brochure emphasized rafting on the Nantahala and included information about arranging one- to three-day group trips on other rivers in the area. The rafting trips included lunch, and the cost was $10 for a Nantahala trip and $20 for a Chattooga trip. Each raft held three guests and a guide, so full trips were limited to only 12 guests. Once the crew began taking North Carolina Outward Bound School crews on raft trips on the Chattooga and in-kind, they turned over their four rafts to the NOC, increasing its raft fleet to eight boats with a capacity of 24 guests.

Towards the start of summer, the team began ramping up operations. Payson was granted a leave of absence from his job at Georgia Tech, and Aurelia, as a public-school teacher, had her summers free. They hired about 20 staff members, mainly from Explorer Scout Post 49, of which Payson and Aurelia’s children were members and then soon-to-be NOC employees. Everyone pitched in to keep the operation running, taking on jobs that needed to be done, whether it was guiding a raft, cooking, waiting tables, washing dishes, cleaning motel rooms, or driving a shuttle. High-school-age guides from the Explorer Post were paid $20 per week, plus room and board, and college students got $50 per week.

The restaurant and motel were also open to the public that year. Rates in the motel were $8 for a double bedroom and up to $18 for a room with two double beds and a kitchenette. The most challenging area of operations was the restaurant. No one on the staff had previous restaurant experience, and as the most experienced cook, Aurelia took over the restaurant’s management. The menu was abbreviated, the dinners cooked for staff were available to the public as the “River Runners Special”. She scaled up most recipes from versions of their family’s favorites.

As the summer wore on, word began to travel about the new rafting operation in the southeast. At the movie release of Deliverance, in which Payson Kennedy was a canoeing stunt double, he handed out NOC brochures featuring trips on the Chattooga River where the movie was filmed.

In addition to the day-to-day rafting operations, the staff prepared for the canoeing and kayaking world to descend on the gorge. That year, the slalom competition was shifted to Nantahala Falls, right in front of NOC property. The Southeastern Championship Canoe and Kayak Races brought over 300 paddlers to the area and the approval from the 1972 Olympic Slalom Committee to make this race a qualifier for the US. Olympic Team Trials brought many skilled contenders to the area. Most of the NOC staff also participated in the competition, including the Explorer Scouts, Cathy, Frances, and Payson Kennedy.

After Labor Day, most of the staff left, and the NOC at Wesser shut down for the winter. Attention increased from the success of Deliverance and the Olympics, as did the demand for raft trips into the fall. So, the Kennedys, with the help of other Explorer Scouts and Georgia Tech students, continued to run weekend raft trips on the Chattooga. That first summer was the beginning of something great. That year the rafting numbers totaled almost 800 guests on the Nantahala, 400 on the Chattooga, and a promise to return to the river next year to continue.

Want to experience the historical waters of the Nanatala or the Chattooga? Book your trip at our RELATED TRIPS below. 👇👇

Check out our NOC timeline!

They say that I look like you I hope they are right May I honor your adventurous, loving, caring spirit with my face. Yesterday I dug in...
Live Chat